Paul Kelly writes about his Irish great uncle, Robert Edward Kelly, an Irish immigrant who fought in World War 1. Family members back in Ireland couldn’t understand why their New Zealand kin were so keen to fight for the British in the Great War.

A recent O’Kiwi blog had some notes about my Kelly family from Boyle in Co. Roscommon. The story of my great-uncle, Robert Edward Kelly, provides some more insights into the fortunes of New Zealand’s Irish migrants.

Robert was the third son of my great-grandparents, John Kelly and Elizabeth Catherine Kelly (nee McCann) from Boyle. They had their children in quick succession – my grandfather John William Kelly was born in January 1886 and Robert was born in December the same year.

END_OF_DOCUMENT_TOKEN_TO_BE_REPLACED

The Kelly clan from Boyle in Roscommon 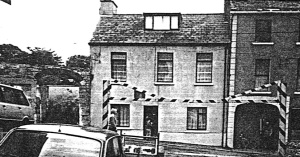 Researching family history can be a frustrating business, but Tawa resident Paul Kelly was delighted to come across a heritage site which is a goldmine for descendants of families from the town of Boyle in Co Roscommon.

Paul’s grandfather, John, grew up at No. 7 Green Street in Boyle. The site allowed people to click on a house number and add photographs of family members who had lived there. Paul added family photos which can be viewed under ‘People’ on the homepage. END_OF_DOCUMENT_TOKEN_TO_BE_REPLACED